Rabbi Jonathan Infeld was born in Pittsburgh, PA. He graduated from Brandeis University with a BA in Near Eastern Judaic Studies in 1995. After graduating and before beginning rabbinical school, Rabbi Infeld spent a year studying in Jerusalem at Pardes Institute. Rabbi Infeld was ordained at the Jewish Theological Seminary in New York in 2002. His first position was as the Assistant Rabbi of the Marlboro Jewish Centre in New Jersey. In 2006 Rabbi Infeld moved to Vancouver with his family to become Rabbi of Congregation Beth Israel. Rabbi Infeld is married to Lissa Weinberger. They have three children Avishai,Yair and Naomi. They are all delighted to be part of the Beth Israel family and feel especially grateful for the community that surrounds them.

Rabbi Infeld serves as one of three co-chairs of the National Canadian Rabbinic Caucus. He is the President of the Rabbinic Assembly Pacific North West Region and is the Rabbinic representative to the board of the Vancouver Jewish Family Service Agency. 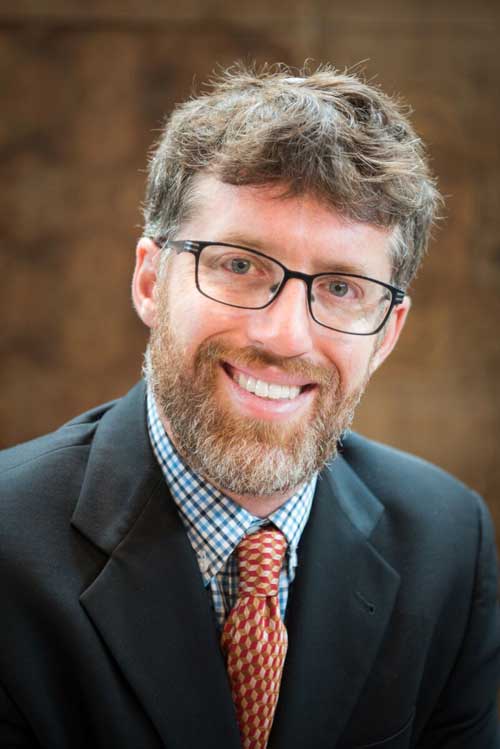 Rabbi Adam Stein grew up in the San Francisco Bay Area attending a Conservative synagogue, to which his parents still belong. He was an undergraduate at University of California, San Diego, and received his BA in Judaic Studies with minors in Theatre and Philosophy. During his college years, he spent one year studying at the Hebrew University in Jerusalem, and then spent another year in Jerusalem following graduation, at the Pardes Institute. Rabbi Stein worked for Hillel at a Los Angeles area University for a year before finally(!) deciding to go to rabbinical school. He was ordained from the Ziegler School of Rabbinic Studies at the American Jewish University in Los Angeles in 2009, where he also earned a masters degree in education.

After ordination, Rabbi Stein and his wife Tamar moved to Kansas City, where he was Assistant Rabbi at Congregation Beth Shalom. They then went to Melbourne, Australia, where for five years, he was Rabbi of the only Masorti (Conservative) synagogue in the Melbourne area, and one of two in Australia. Rabbi Stein and Tamar, along with two cute boys, Eli and Gabriel, both born in Australia, returned to North America in Summer, 2016, when he happily joined the staff of Beth Israel. He has long had passions for theatre, photography,and technology, especially Mac computers. In addition to email, please feel free to contact Rabbi Stein on Facebook or twitter, both @adamrabbi.

Debby has been the Ba’allat Tefilla/ service leader, at Beth Israel since 2005. She grew up in Winnipeg and Jerusalem, and has felt at home in shul from a very young age. Debby was an active member of Noar Masorti, the Israeli equivalent of USY. After completing her army service, she moved to Vancouver and studied Music at Capilano College. Debby then studied cooking and ran a catering company in the Vancouver area, teaching and catering b’nei mitzvah around the city.

Debby has studied with a variety of teachers including Rabbi Miles Cohen, and in 2011, studied at the Pardes Institute of Jewish Studies in Jerusalem. Debby’s responsibilities at Beth Israel include teaching and preparing bar and bat mitzvah students and their families, leading services, chanting biblical and sacred texts on Shabbat and holidays and teaching cantillation skills to the congregation.

Esther grew up in Mumbai, India. She received her Bachelor of Commerce degree from the University of Mumbai before making Aliyah to Israel with her older sister. During her 8 years in Israel Esther primarily worked in the hi-tech industry in the marketing field while successfully completing her Master’s degree in Business Administration (MBA). Esther moved to Vancouver in October 2006 where she worked as BI’s Office Manager before moving on to work at a private multi-national mining supply company handling their marketing and branding.

Esther returned to Beth Israel in 2015 as the Executive Assistant (Development & Communications) before moving into her current position as Executive Director. Esther has been a familiar face at Beth Israel since 2006. Esther is married to Richard who along with her two young children Ari & Eliana ensure she gets her 10,000 steps daily on her Fitbit. 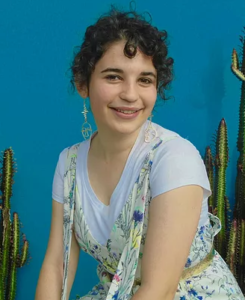 Shira was born and raised in the greater Los Angeles area where she was involved in Jewish life through Chabad and Sinai Temple. She moved to Vancouver in 2017, to complete her Philosophy degree at the University of British Columbia.

Prior to Beth Israel, Shira has worked as an Administrative Assistant at a Counseling Clinic, helping the Great Vancouver Area access mental health support. When Shira is not supporting her various communities, you can find her reading a good book, baking challah, or learning a new craft. 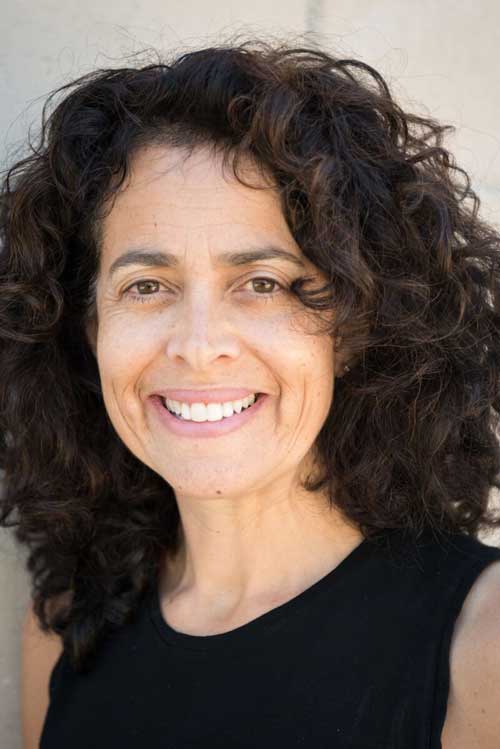 Gaynor Levin was born in Cape Town, South Africa. Gaynor received a B.A. HDE from the University of Cape Town and taught at Herzlia High School before moving to Canada in 1991. She taught for a few years in Vancouver (both at day school and afternoon Hebrew school) and then worked for 16 years as the Program Director at Beth Israel. She is presently the Manager of Member Relations and Facility Rentals at Beth Israel.

Gaynor lives in Vancouver with her husband, Ivor. They have two ‘young adult’ children, Samantha and Marc, who join them at synagogue when they are in town!

Chuck is originally from Winnipeg, Manitoba. He moved with his family to British Columbia in 1995 to see what the West Coast had to offer. It was a decision that has been a blessing. Chuck has accrued many years in the retail/operations fields as well as diverse experience in the operations of service related client care. Never one to shy away from hard work, he looks for the best way to find solutions for challenges and collaborates with his team to implement appropriate measures that go beyond expectations.

Chuck and his bride of 35 years, Kelli, have been blessed with two children, Andrew and Kassandra. They also have 3 delightful grandchildren Zachary, Aurora, and Emily. Chuck looks forward to serving the lifecycle needs of the congregation and its families for years to come.

Tamara grew up in San Diego, California and moved to Vancouver in 2004 to attend the University of British Columbia. After achieving her Bachelor of Science from UBC, she went on to complete her Diploma in Accounting in 2012 from UBC. In 2014, she received her CPA. Tamara has over 12 years of experience in the Non-Profit sector, including working at the Finance Department at the Jewish Federation from 2012-2020.

When Tamara isn’t crunching numbers, she enjoys traveling with her husband Eugene and going to the park with her daughter. 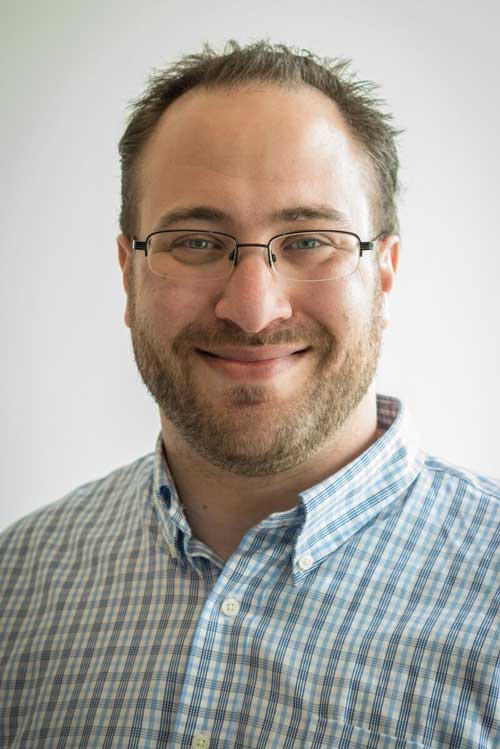 Rabbi David Bluman is a native of Vancouver, BC. As a child he attended the Beth Israel Hebrew School, was active in USY, and regularly attended Shabbat services at Beth Israel. He graduated with a B.A. in Religious Studies from the University of British Columbia. During his undergraduate studies he traveled to Israel to study at the Hebrew University in Jerusalem where he met his wife, Olga. After university, Rabbi Bluman studied at the Conservative Yeshiva in Jerusalem and in May 2009 he received Rabbinic Ordination from the Ziegler School of Rabbinic Studies at the American Jewish University in Los Angeles, CA. He began his rabbinate at Kadima Day School in West Hills, CA, where he served as the School Rabbi and taught grades 5 – 8. Rabbi Bluman has experience working in a variety of educational settings including Los Angeles Hebrew High School, Adat Ari El Religious School, and Camp Solomon Schechter in Olympia, WA. In his leisure time he enjoys spending time with his friends and family, playing with his daughters, Shoshana and Ruth, watching movies, and playing Monopoly.

Rabbi Bluman joined the Beth Israel staff in 2013, as the Director of Youth Engagement. He is in charge of family programming (Facebook group: Young Families of Beth Israel), Hebrew School, USY, Chai School, T&T, and the young adults program. If you have any questions about any of these programs or would just like to chat please contact Rabbi Bluman via email, call him at the office (ext. 103) or friend him on Facebook, @RabbiDavid Bluman. 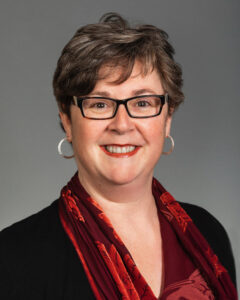 Diane Friedman has been an active volunteer in the Jewish community and a longtime member of Beth Israel. Living in Vancouver with her husband and son, a graduate of King David High School, she has made a profound impact in our Jewish Community. Diane served on the Board of the Hebrew Free Loan Association, where she was the Board President for 9 years and was also a past President of Jewish Family Services. Diane has a Commerce Degree from the UBC Sauder School of Business with a major in Urban Land Economics.

Susanne has been Beth Israel’s welcoming committee since 2008. Susanne’s is the first voice you hear when you call the office. Susanne was born and raised in Saskatoon where her family was very involved in Congregation Agudas Israel (Conservative) Synagogue. She first came to Vancouver in 1988 to attend University. She went home to work in Saskatoon after graduating intending to return to Vancouver in two or three years. Back in Saskatoon she took up the family tradition as a board member and lay leader at her shul.

In 2006 Susanne moved back to Vancouver along with her parents whom she shares with her two sisters, her brother and various nieces and nephew.